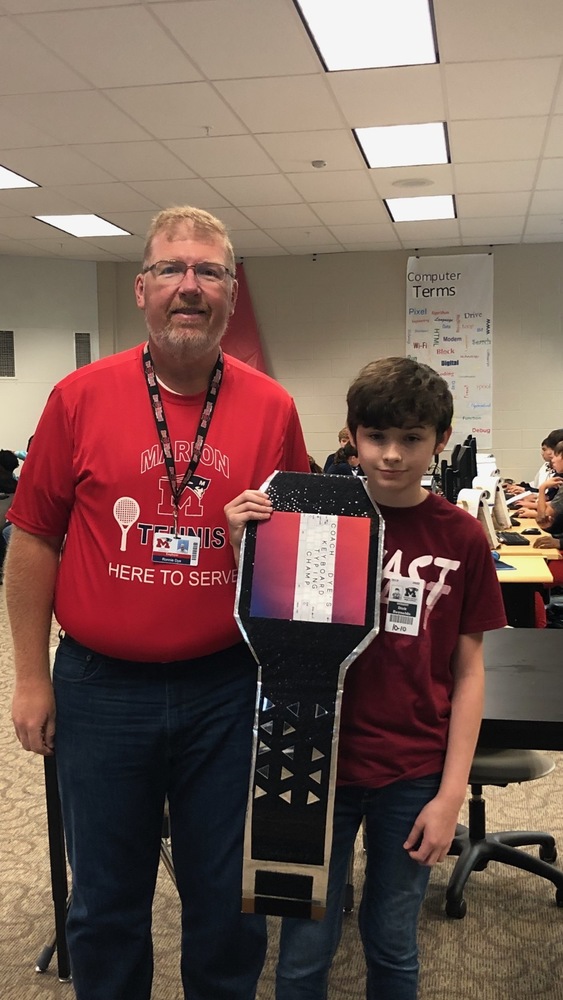 All things are difficult before they are easy.  Dirk Reynolds knows how to make typing look easy.  He began WOWING us with his ease of typing in September when he was typing 83 wpm with 97% accuracy.  He has since gotten faster and is earning accolades among his peers.  Dirk  has now received the "Typing Title" in Coach Dye's keyboarding class.  Dirk was the fastest typist in ALL of Coach Dye's classes, typing 92 wpm with a 95% accuracy.  The record for most words typed is 212 wpm. I think at this rate Dirk might give them a run for their record.