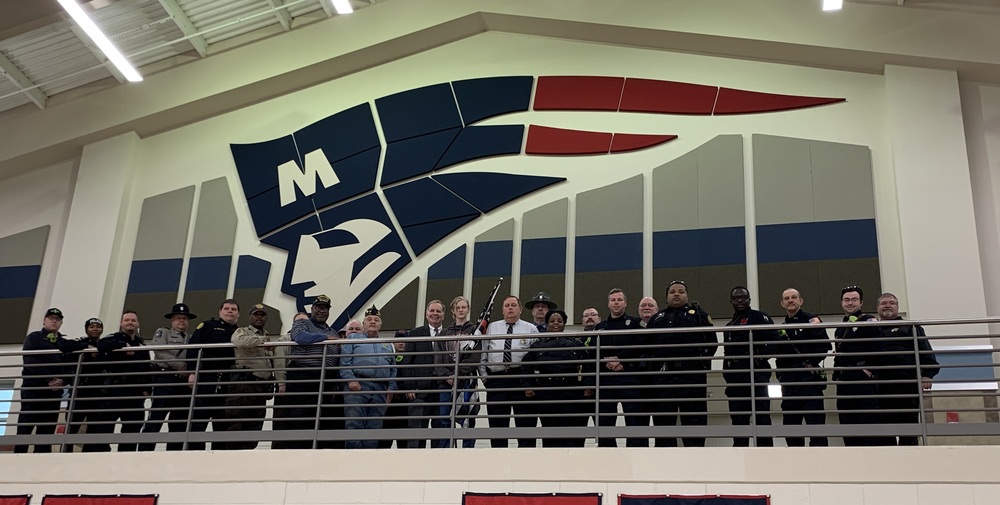 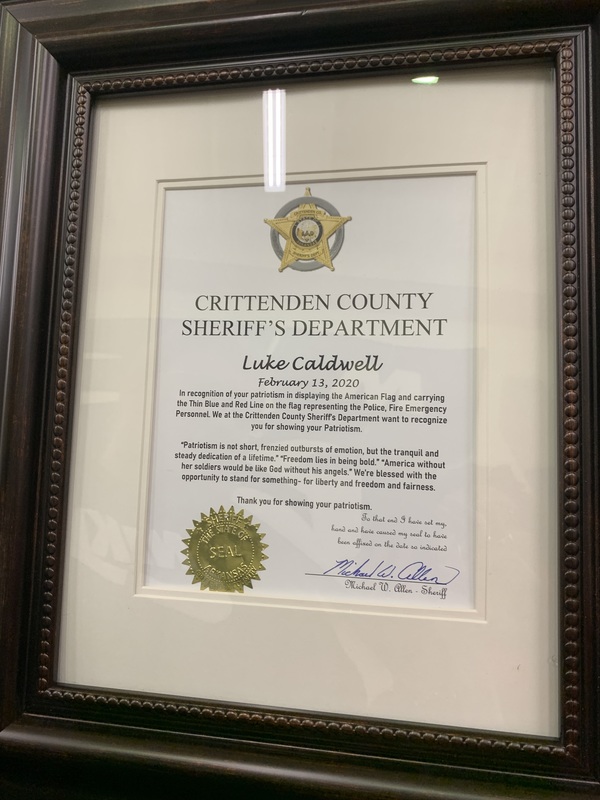 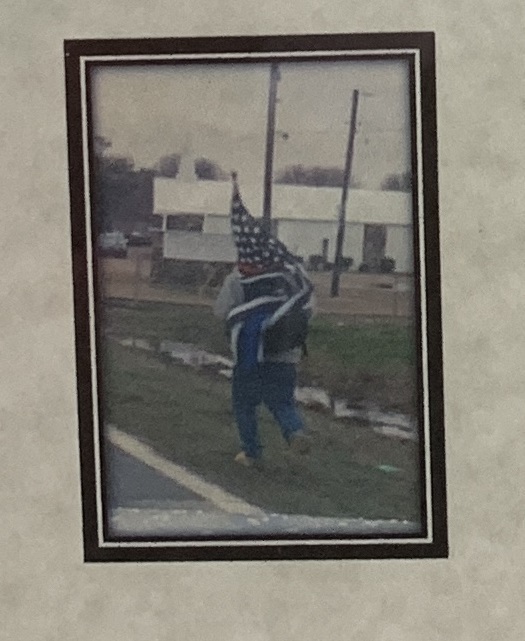 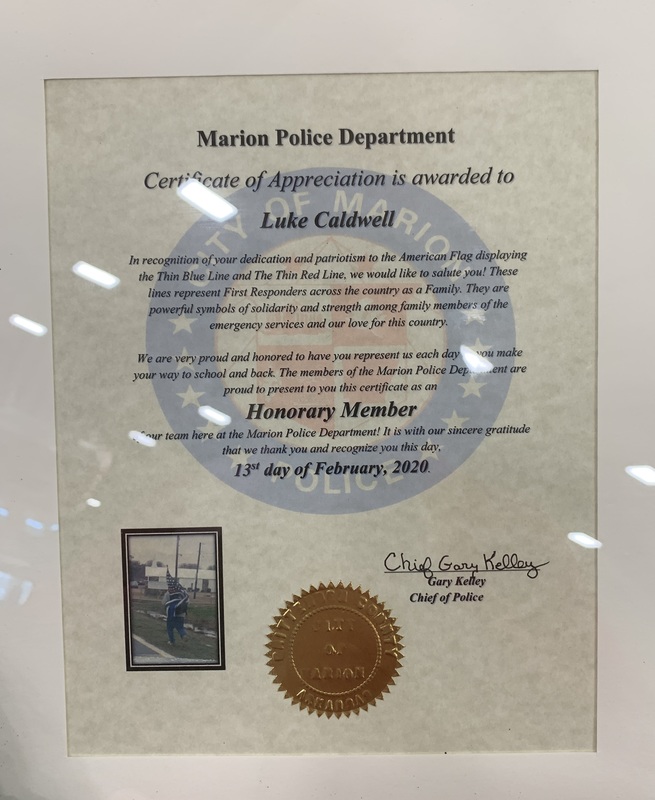 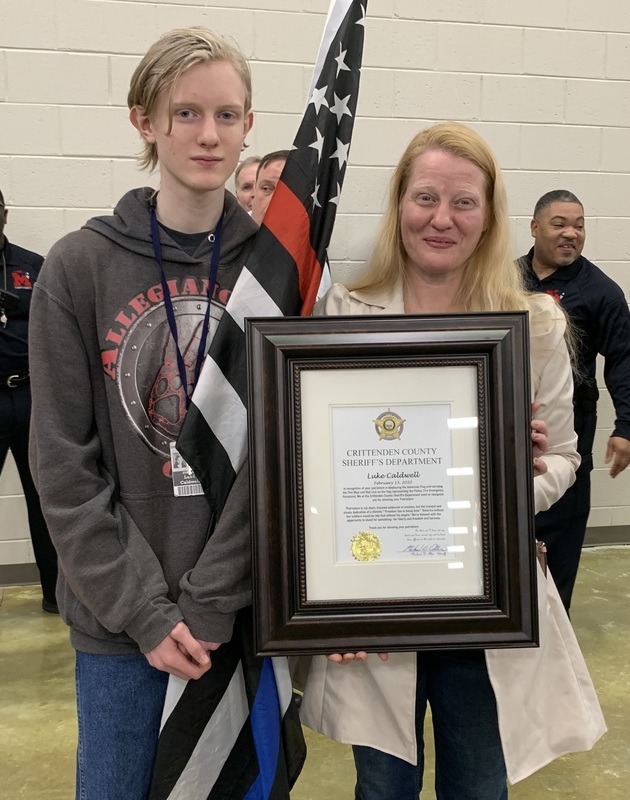 Today, Marion Junior High School 8th grader, Luke Caldwell was honored by the first responders in Marion, Arkansas. The Crittenden County Sheriff’s Department presented Luke with a certificate in recognition of his patriotism in carrying his American Flag with the blue and red line on the flag representing the police and fire emergency personnel.   The Marion Police Department also presented Luke with a certificate making him an honorary member of the Marion Police force.  Since mid October Luke has been walking to and from school carrying his flag honoring first responders, rain or shine.  This caught the eye of many members of the police force and fire department.  Luke said after the school held a peace walk in the fall, it started him thinking about the men and women who serve our country.  He had the flag in his room and decided to put together some pvc pipe and attached the flag to it.  He said since they fight for him everyday, he should recognize and honor them everyday also.  You will continue to see Luke walk to and from school with his flag everyday.  He aspires to become a United States Marine because he thinks they are the best of the best. His mother, Belinda Caldwell, is very proud of her son and was overwhelmed by the appreciation the various departments showed him today.  Over 20 members of different departments showed up at MJHS today to take pictures and show how much they appreciate Luke and his diligence in carrying their flag each day.  “Patriotism is not short, frenzied outbursts of emotion, but the tranquil and steady dedication of a lifetime”  Luke is not only a Marion Patriot but an American Patriot too. 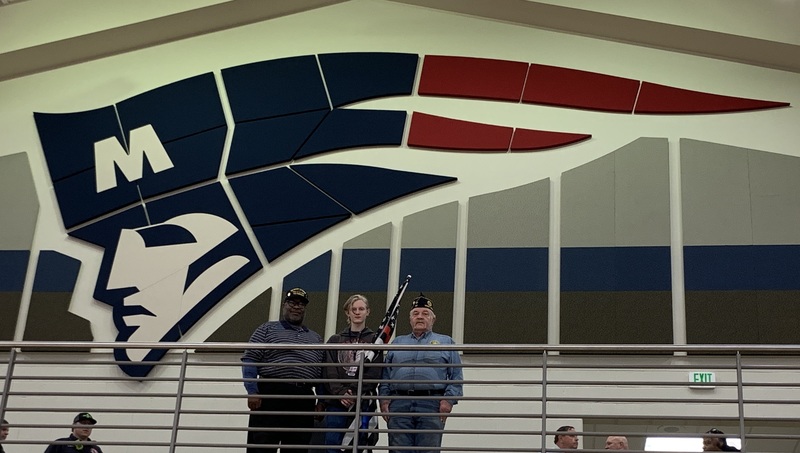 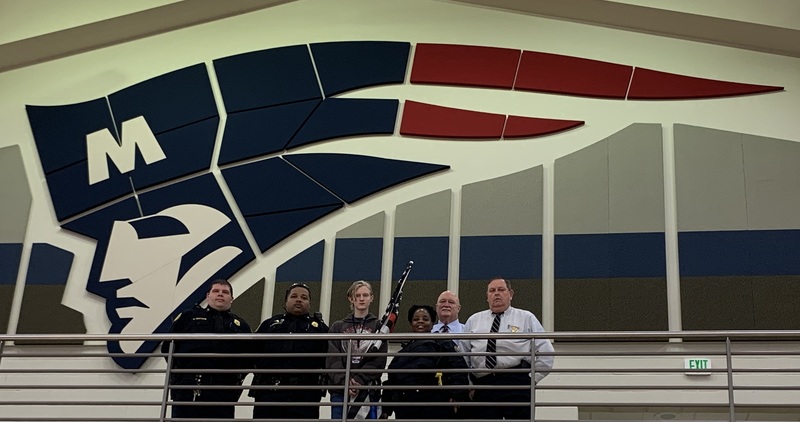 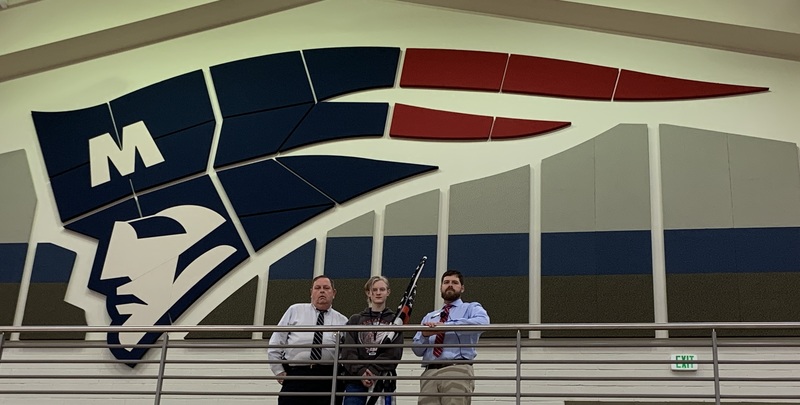 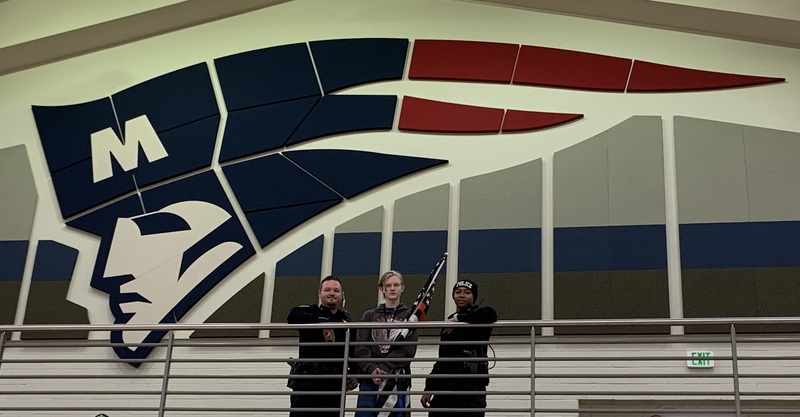 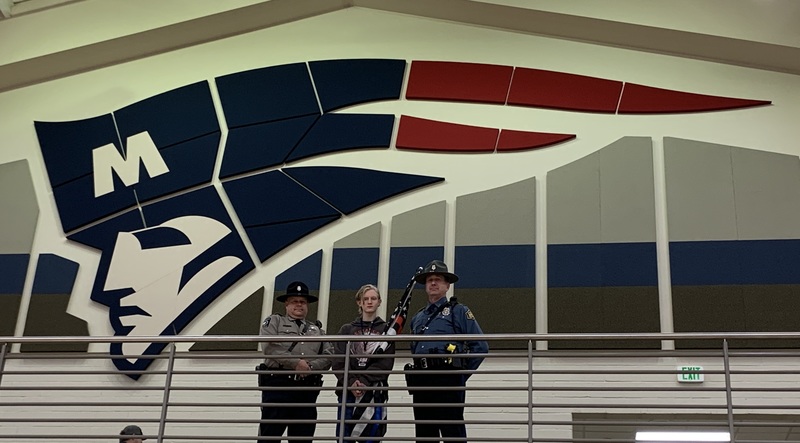 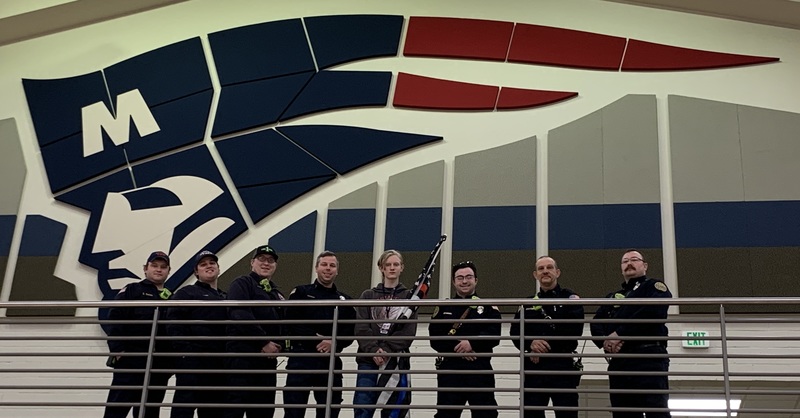 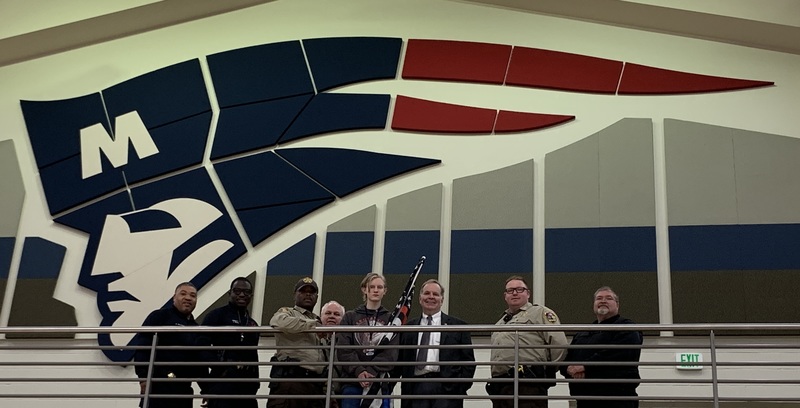 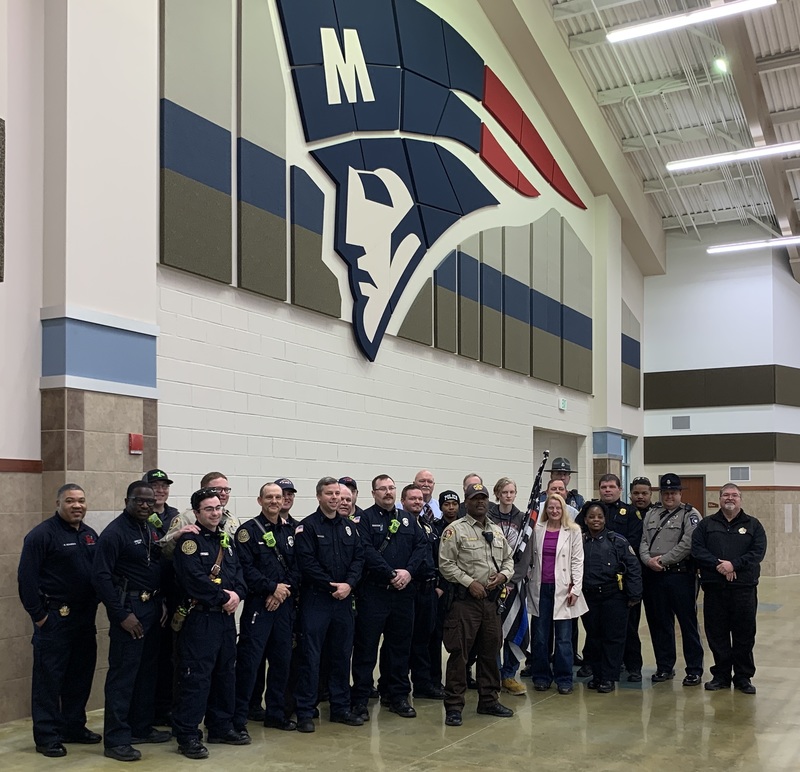 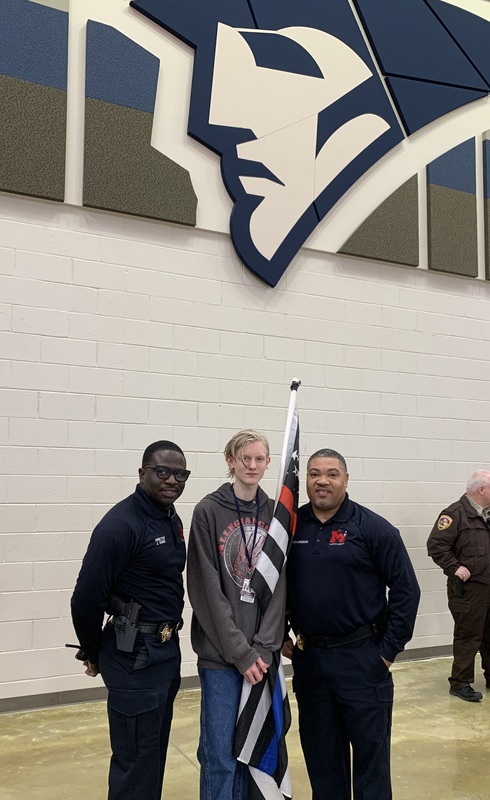 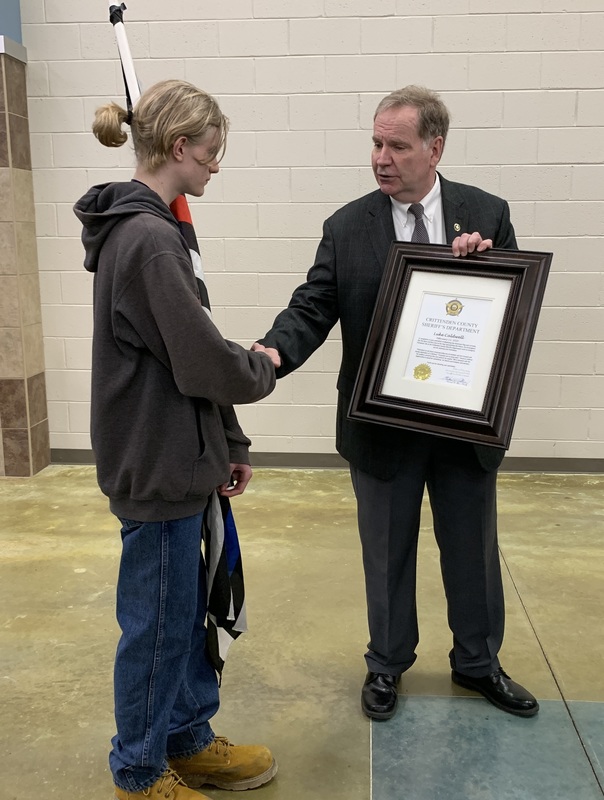 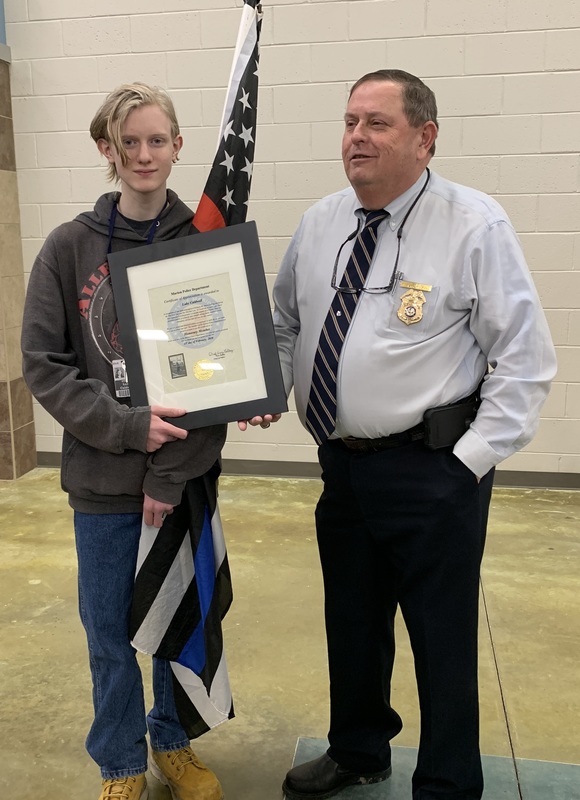