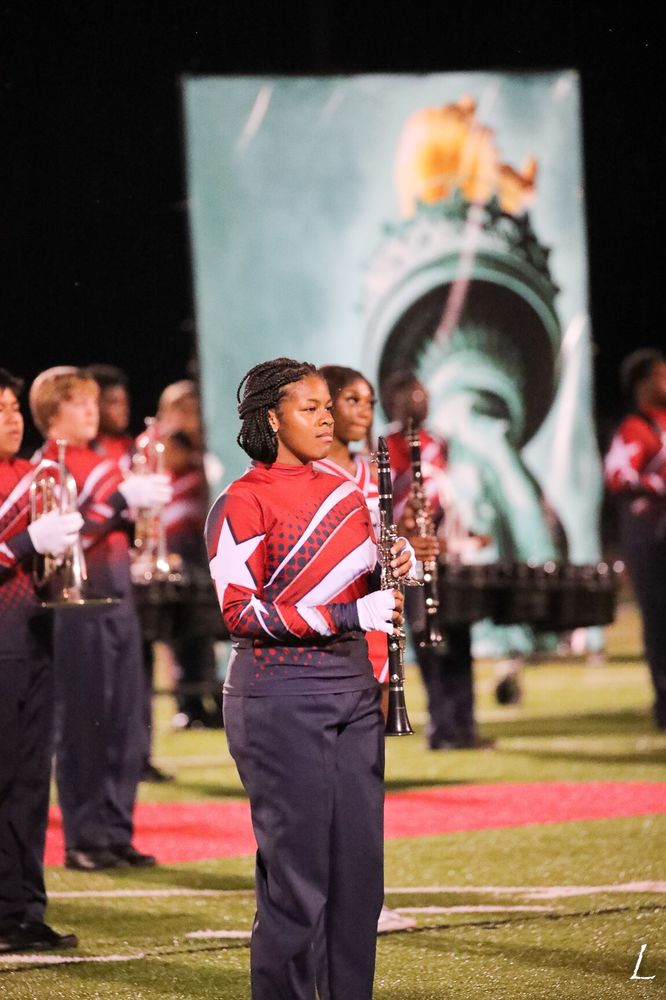 Out of 12 bands competing at regionals, only 6A Marion and 7A Cabot earned straight First Division ratings. This marks the first time in 14 years that the band has earned this rating for two consecutive years.

Marion band director Monty Hill had high praise for his students following their performance at regionals, noting the band is peaking at the right time.

“The performance was the best of the year to date,” Hill said. “The students knew that a spot in the State Marching Contest was at stake and really rose to the occasion.”

For Regional Competition, bands are rated on a scale of 1-5. A one, also called a “First Division,” is deemed a Superior rating. Two is excellent, three is good, four is average, and five is poor. Bands are adjudicated by a panel of three judges. Marion received a unanimous Superior rating from all three judges.

The State Marching Band Contest is set for next Monday and Tuesday (Nov. 1-2) at War Memorial Stadium in Little Rock. Marion is slated to compete at 2 p.m. Tuesday. Ticket information can be found here.

The Patriot Pride will have one final tune-up before the State Contest, competing Saturday in the A-State Open at Arkansas State University in Jonesboro.

“The key to the band's success this year has been the fundamental improvement of each individual musician,” Hill said. “Our students have totally bought into our system and know how important individual practice is and how it affects the entire ensemble. Our motto is, ‘Do not let another band out-work you!’”